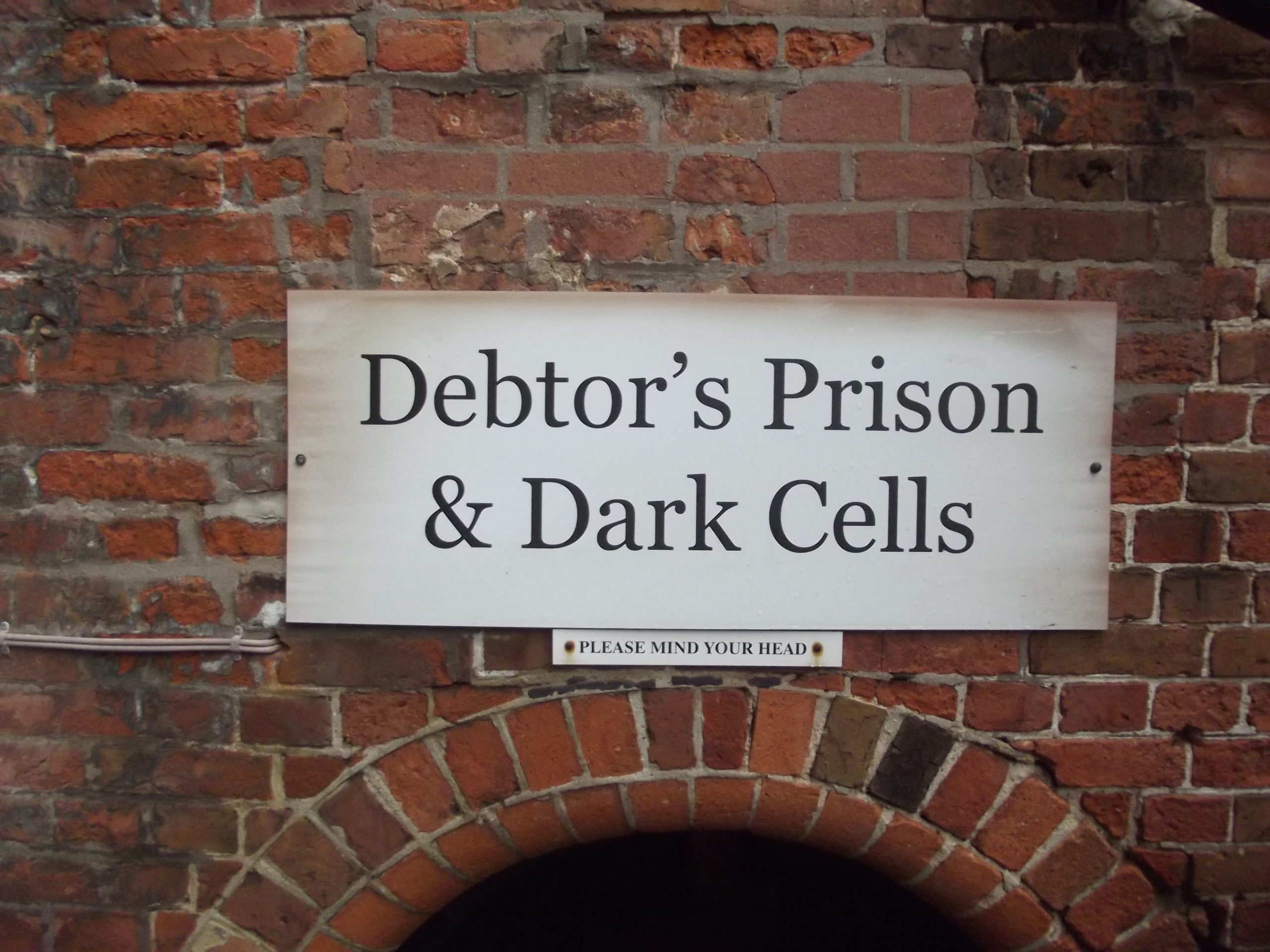 The ODB team has created a series of “tip sheets” that provide context and background about privacy issues faced by members of historically marginalized groups. The idea for Dealing with Modern-Day Debtors’ Prisons originated from questions raised in our interviews with Angelinxs, Charlotteans, and Detroiters.

America’s early history offers countless examples of unjust practices, some that persist today. One of these legacies is debtors’ prisons. From roughly the 1600s to the mid 1800s, most colonies and then states jailed people for overdue fees, loans, and borrows, sometimes for something as small as $0.06 cents.

While the U.S. government outlawed imprisonment of debtors in the mid-1800s, their structures remain in place, resulting in what can be considered modern day debtors’ prisons. Many Americans experience the costs of a predatory and poorly funded criminal justice system by either paying exorbitant court, ticket, prison, parole, or probation fines and fees (and potentially going into serious debt), or paying the price of time by spending time in jail for being unable to pay. Some people spend time in jail over the matter of very little money. In this case, the inability to pay the fines of a certain charge coupled with the processing fees that accompany the criminal justice system resulting in jail time is what many have dubbed as the modern-day debtors prison. This is also situated in the wealth stratification of the United States where racial, gender, and wage wealth gaps are prevailing and further maintained by the criminal justice system that targets minority groups.

In this post, we break down three states and their policies around unpaid fees as rising court costs to illuminate how the practice of modern day debtors prisons are targeting us in different ways.

North Carolina has become a central place of interest in highlighting the practice of modern-day debtors’ prisons. North Carolina features an array of fees triggered by contact with the criminal justice system, whether it be a one-time payment of a ticket, or fees for home ankle bracelet monitoring. These, like all fees, target and trap communities that are over-criminalized and struggling with poverty.

The ACLU is currently working to address and end this practice and is requesting stories and personal testimonies from North Carolina residents. If you have experience with criminal justice fines and fees, get in touch with them.

Michigan residents face over-policing and fees related to driving and driver’s licenses. In 2003, the state introduced driver responsibility requirements in attempt to punish and curb driving violations. Conveniently, the state also profits: in 2016, Michigan collected $26 million from driving suspension charges alone. These policies have targeted and harmed Michigan residents who cannot keep up with payments that stack up.

In March 2018, Michigan’s governor signed a bill into law that ends these driver responsibility fees, waives the outstanding debt of 625 million dollars belonging to a 300,000 Michigan residents, and temporary waives the reinstatement fee until 2019

As of 2017, California has the highest fees for infractions, tickets, and court costs out of all 50 states. Some states and counties charge baseline fees, set fees associated with a certain charge or court action. However, California’s exorbitant processing fees put the state at the top of the list for highest fees in the country.

In various areas in California inclusive of Fresno, San Diego, and Sacramento, Black and Brown drivers are more likely to be pulled over in a traffic stop, and as a result, more likely to face driving fines. Additionally, people are of color are more likely to be detained for no wrongdoing. This kind of targeting is not indicative of higher volumes of wrongdoing — but instead reveals racial bias and racism. In Bay Area counties, African Americans are four to six times more likely to be charged and arrested for unpaid fees. These people then face jail time if they’re unable to pay.

In June 2017, California repealed the policy of suspending or revoking driver’s license as punishment for being unable to pay fees. Additionally, the state has granted amnesty for all unpaid fees due on or before January 1, 2013, as a result of Senate Bill 405.

In more cases than not, states put the burden on individuals to pay for their own arrest and incarceration. According to a 2014 state-by-state survey, NPR reports that:

In some states, fees are increasing rapidly. For example, according to figures quoted in a 2016 article from Sacramento Bee, the state of California charges between $1.8 and $2 billion in fines and fees. More than a third of that amount goes to supporting the state judicial system, and the remaining is shared among the state, counties, and cities. The legacy of the war on drugs and war on poverty coupled with over reliance of fees as revenue and funding, we now see a system that targets the most vulnerable for its sustainment. Moreover, this signals a perpetuated wealth gap that is largely raced, resulting in the most marginalized, low income and Black and Brown people, paying for a flawed and predatory system, while still seeing federal tax cuts that largely benefit America’s most wealthy.

Additionally, the private sector profits from the fee driven criminal justice system. For example, private probation companies are contracted to carry out fine collections from those on probation. However, these companies profit from charging their own overhead fees as well as requiring probationers to pay for things such as monitoring systems and drug treatment.

A number of efforts locally and federally highlight the unfairness of these costs. According to NPR, in 2017, The National Task Force on Fines, Fees and Bail Practices issued a “bench card” entitled “Lawful collection of legal financial obligations” that captures the illegal nature of debtors prisons and that offers alternatives in sentencing, including those that take into consideration income levels and poverty levels.

Unfortunately, in December 2017, U.S. Attorney General Jeff Sessions walked back many guidance documents, including ones that highlighted the problems and injustice of modern-day debtors prisons. While the Attorney General’s repeal does not change the law, it weakens enforcement and alters the environment and attitude towards policing and sentencing.