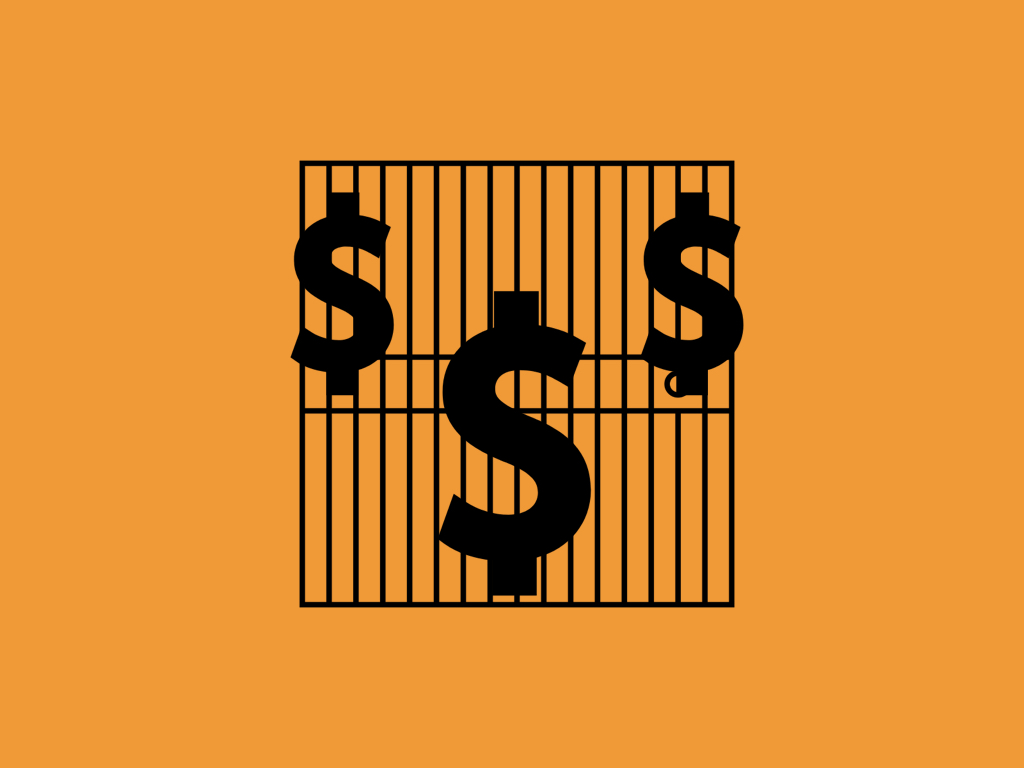 Taxing the Marginalized: An Overview of Court, Prison, and Probation Fees

ODB has created a series of “tip sheets” that provide context and background about privacy issues faced by members of historically marginalized groups. The idea for Taxing the Marginalized originated from questions raised in our interviews with Angelinxs, Charlotteans, and Detroiters.

An increase in fees in US Courts

There’s been an increase in court fees over the past 40 to 50 years to keep up with the sharp increase in prison populations, policing, and “tough-on-crime” policies. As a result, fees associated with everything from court hearings to room-and-board in prison are becoming the main sources of revenue to maintain the criminal justice system as a whole. While the U.S. government outlawed debtors’ prisons some 200 years ago and the U.S. Supreme Court requires courts to consider someone’s ability to pay any fine imposed on them, we are still seeing the most marginalized either serving prison sentences as a result of overdue fees or going into debt to pay these fees, overall funding the predatory system that targets many of us. Things like “tough on crime policies” that use incarceration as a first resort, and the War on Drugs instituted in the late 1970s and 1980s, greatly expanded the prison system, causing a more than 200% increase in prison populations over the course of 30 years, with Black and Brown populations disproportionately affected. The tightening of public budgets doesn’t help and adds further flames to the fire.

What are court fees, parole fees, and tickets paying for?

Individuals often pay for their own trial with court fees, salaries of public defenders and court employees, fees associated with bringing in a jury, and maintenance of the court itself. In one case in Michigan, a state audit found that defendants fees paid for the county employees’ fitness gym.

What are the consequences?

People are being sentenced to time in prison as a result of being unable to pay court fees upfront or having overdue fees. This can result in family stress, debt accumulation, onset of predatory lenders, and an overall exploitative

A more pronounced consequence is the wealth gap, and specifically the racial wealth gap, that is widened significantly by the criminal justice system. On several levels of the criminal justice system, racial disparities persist. First and foremost, racial disparities have been largely reported on in terms of policing, in this case African Americans and Latinx communities are more heavily policed, more likely to be stopped while driving than white counterparts, and more likely to be convicted of drug crimes than white counterparts even though drug uses amongst the races is fairly equal. This racial entrapment and bias results in the over-representation of people of color in the American justice system where Black and Latinx people make up a combined 29% of the country, yet 57% of the prison population in the US. Once in the criminal justice system, the wealth disparity between the races is perpetuated by things such as longer sentences for people of color, where African American youth are 4.1 times more likely to be sentenced with more secure sentences (less flexible, less discretionary) than white counterparts. [4] The wealth gap more broadly is also maintained by the high court processing fees discussed throughout this sheet including public attorney fees and afforded to go to trial. people of color and low income people face.

Lastly, this has significant affects on the children who inherit this system or whose parents spend time in prison. Reports detail the potential emotional trauma a child may experience as a result of the criminal justice system such as separation from a family member or shifting living conditions often. Moreover, in low income and/or communities of color, resources to support children whose guardians are incarcerated are scarce, making accessing things like education more difficult than white majorities or those who not experience the stress of racism, classism, and incarceration.

A number of criminal justice and civil rights organizations are addressing the rise of debtors’ prisons with legal action in different states. According to NPR, as of 2015, six court cases have been filed against both local and national governments challenging the use of prison sentencing as a punishment for inability to pay fees. Non-profit organization, Civil Rights Corps, has recently won two landmark cases in the city of New Orleans that recognizes the unconstitutionality of the practice of debtors prisons, overall making way to reshape the justice system in New Orleans (the government must now stop jailing those in debt as well as stop imposing court fees), as well set a precedent for court cases of similar statute. There are additional, collective solutions to look to and support when facing the criminal justice system. Initiatives like the Black Mama’s Bail Out, The Bronx Freedom Fund, and Appolition are all working to combat the jailing of those who cannot afford bail in efforts to strengthen communities and marginalized communities.