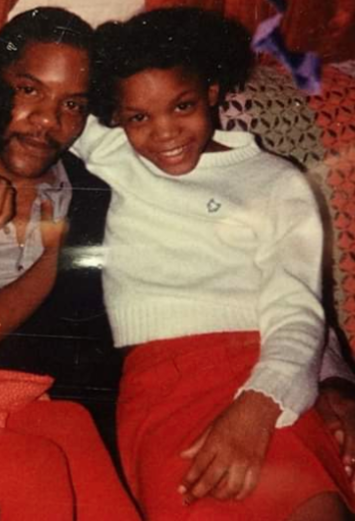 In 1985 my father died of AIDS. I was nine years old and it was nine days after my ninth birthday. Although a devastating loss for me, it would be years before I would learn the truth about why my dad died, what AIDS was, how the United States treated AIDS patients, and how alone and afraid he must have been in his final hours. That reality has haunted me since my early teenage years.

I never imagined I would experience more loved ones dying in similar isolation and uncertainty in my lifetime. I can no longer count on one hand how many people I know who have lost their battle to COVID-19.

I have spoken with several social justice organizers and survivors who confirmed the painful and panicked climate that existed during the early AIDS years. They confirmed the stigma that accompanied not only the patients, but family members, friends and anyone who came into contact with someone suspected of having HIV or AIDS. They also confirmed for me the toll it took on everyone who couldn’t say goodbye to loved ones before laying them to rest. The grief was sustained and the deaths unpredictable and mysterious much like now.

I remember learning about AIDS in 1985, not because of my father, but because of Rock Hudson. He was famous and his death was all over the news. Hudson died just days before what would have been my dad’s 28th birthday. By that time, my dad had been dead for almost one month, and I couldn’t wrap my head around why.

We have since discovered much more about HIV and AIDS, but not without failed experiments, constant tracking of people living with the virus, and lots of government mistakes, most prominently from the White House. Late President Ronald Reagan would admit after his presidency, that he failed to act in a manner that would have saved many lives. His wife’s own friend Rock Hudson was unable to gain support from the White House. He would found his own organization to support AIDS research shortly before dying. Reagan’s response to the crisis would come that same year, thousands of deaths later.

HIV and AIDS continue to be stigmatizing. I know people who lost loved ones over 30 years ago and are still afraid to speak publicly about it. Stigma is dehumanizing, and at times as permanent as the disease itself. We fear the unknown and what we don’t understand and sometimes that fear turns us into people we might not otherwise be.

This moment feels eerily similar to the United States’ response to AIDS in the early years. Bans on travel, international surveillance, press conferences that initially downplayed the crisis, blanketed and changing assessments on how the disease could be contracted, irresponsible and disgraceful nicknames for the disease, the flipped attitudes towards the epidemic coming out of the most powerful office in the country, and the flip flopping of Dr. Fauci. Although the rate of infection and death from the coronavirus surpasses what we have been told about the rate of infection with AIDS during those early days, lots of lives were lost and continue to be lost.

Those who test positive for HIV and AIDS, remain among some of the most tracked people in the United States. Their surveillance has not led to a feeling of safety for survivors I have spoken with, nor has it led to a cure.

In predominantly Black Detroit the numbers are even slightly higher. Although Black people make up less than 14% of Michigan, they account for more than 40% of COVID-19 related deaths. Grief has become synonymous with trying to breathe, something that isn’t a given in the city. I am a lifelong Detroiter who has suffered from respiratory issues for most of my life. I have been carrying an N99 mask (not the recommended medical one) everywhere I go for years. As luck would have it, I had just replaced my mask and filters 3 weeks prior to the first confirmed COVID-19 cases in Michigan. I used to feel silly anytime I wore my mask on a walk, even though I knew it was potentially saving my life. What a difference a month makes.

Detroiters aren’t just suffering poor air quality, further exacerbating the crisis, thousands lack clean and affordable water. After years of pleading and organizing, water rights activists and attorneys were able to get Governor Whitmer to reverse her previous stance that water shutoffs did not pose a health crisis for Detroiters. She would ultimately issue a moratorium on shutoffs, followed by an executive order for Michigan on March 28, 2020 after the state had reached 4,658 confirmed cases and 111 deaths due to the virus, most of cases and deaths originating in Detroit. Unfortunately, even with an executive order in place, thousands of residents in Detroit still don’t have water. A petition is currently being circulated to get Mayor Mike Duggan to take further action.

In January, I was interviewed for Logic Magazine. We had a pretty in-depth discussion about the recent history of organizing against facial recognition technology in Detroit. The interview took place two months before the United States would report its first confirmed COVID-19 cases. I, along with many organizers against facial recognition, have had our eyes on China for several years, due to their excessive use of surveillance technologies and their social credit system, but I couldn’t have imagined what was to come. I did however fear that a crisis would create opportunity for the further ramping up of surveillance in Detroit.

For several months, and to pretty much anyone who would listen, including in front of the Board of Police Commissioners (civilian oversight body of police), I would warn about the implications of biometric surveillance in Detroit mirroring the Tuskegee Experiment.

To be clear, no one has been immune to the impact of coronavirus, law enforcement included. Several have died and several hundred are quarantined. The virus has ravaged nearly every institution in the city.

So, it was unsurprising that Detroit’s Project Green Light surveillance program and real-time crime centers were championed as the solution for monitoring compliance to the city’s “stay at home order,” and filling in the shortage for the department.

In Detroit, and other Black and Brown communities, surveillance and increased militarization tend to be default responses to situations that would actually benefit greater from resources and empathy. Over the past month, Black Detroiters have been demonized in the media for the actions of a small percentage of residents, mostly youth who vocalized their frustrations to the quarantine demands in unhealthy ways, by gathering in large groups. When caught, they are ticketed up to $1,000, a fee they are unlikely to be able to pay. The median income in Detroit is under $29K annually.

Their videos showcased their lack of understanding of the virus and their outrage with their current conditions. The narrative around the Black Detroit youth, differs drastically from the narrative circulating about the thousands of mostly white Michiganders who have unfortunately called the Governor names, recorded similar frustrations to the system, blocked off streets, and behaved equally as irresponsible by not maintaining social distances, or practicing other safety measures. It should be noted that according to media reports, the white suburban residents were not ticketed. Many also openly carried assault weapons, something unimaginable for Black Detroiters.

Although Detroit is being hit much harder than several counties in Michigan combined, and ranks third in the US as a hotspot for contracting and dying from the virus, any death, anywhere is too many.

If there is any solace to be found in this crisis, its the neighbors who are pulling together in this moment to look out for each other, the hospital workers, the delivery drivers, frontline workers who are preparing, stocking and delivering food, administering aid, responding to emergencies and taking care of the elderly. People who are truly exemplifying what it means to create safety. There are so many examples of residents who have stepped away from their fears and from behind their ring doorbells and security cameras to make sure even the people they don’t know, won’t suffer in quiet desperation.

There is much to be learned over the coming months about whether Detroit will attempt to deploy its facial recognition system to track COVID-19 patients, alongside its over 600 surveillance cameras. We have only recently learned very little about the Detroit Police Department’s current use. After intense activism last year, as well as FOIA requests, several reports on facial recognition submitted to the BOPC by DPD, were just released to the public via linking them on the city’s website, this April.

While tech companies chomp at the bit to have their apps considered for tracking Detroiters, while the Mayor commands flyovers to ensure folks are social distancing, and while local hospitals pursue residents for medical experimentation, I hold out faith that the perseverance that has gotten Detroiters through tough times on so many occasions, will get us through again.

Heartbreakingly, we will have lost a lot of folks we love before we emerge from this, but we will have also learned to lean on one another again. We will have gained more clarity about what truly makes us safe. We will have internalized that it is the connections we have missed, and the new ones we made out of necessity, that kept us going. We will have rediscovered that interactions we most value are the ones that happen away from video and surveillance cameras.