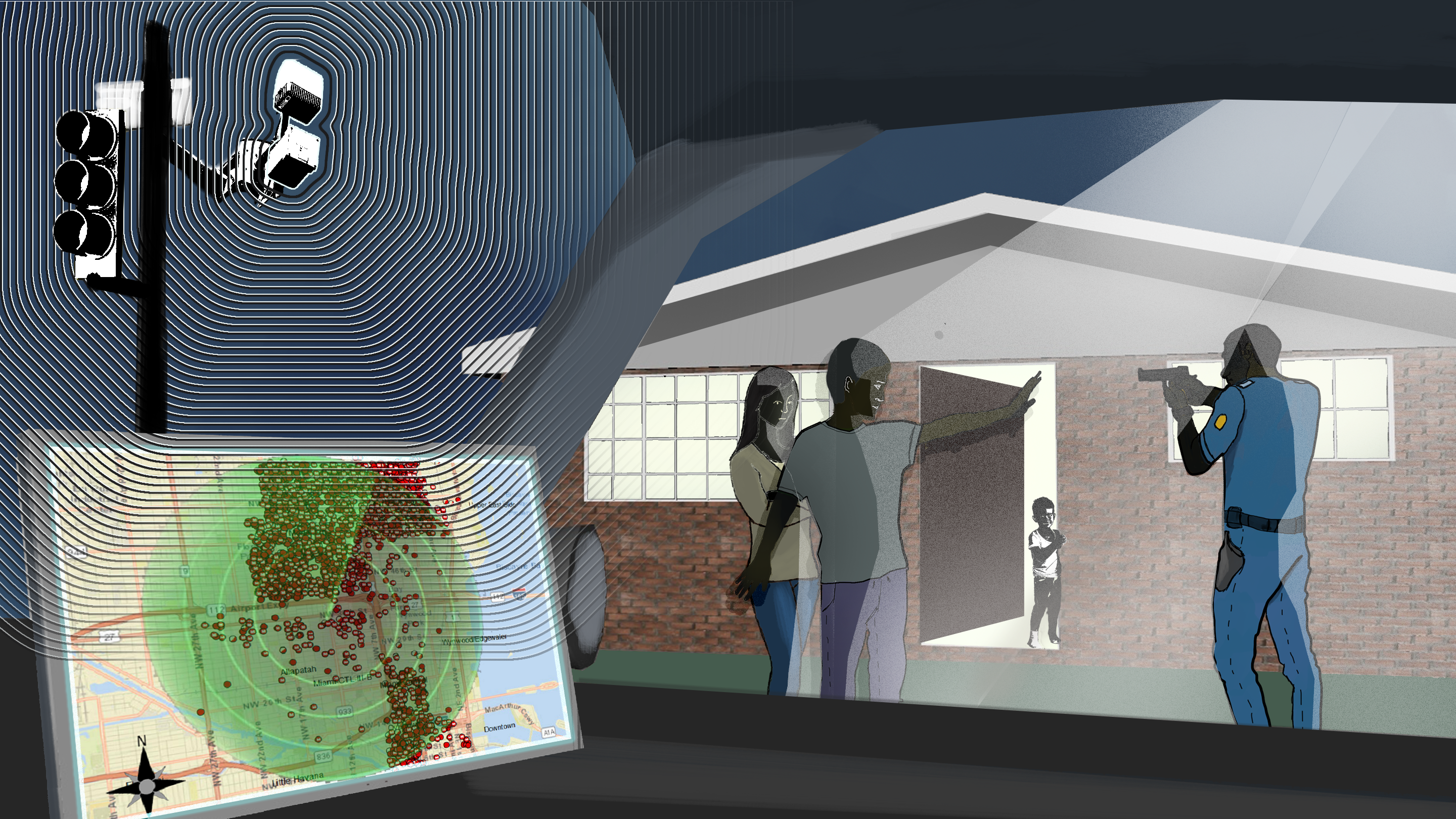 Police stations across the United States increasingly rely on gunshot detection technology, extolling its virtues under the guise of increased safety and quicker, more predictive responses to “crime.” However, in-depth investigation reveals this technology functions as an add-on to police surveillance systems that egregiously target those who have been made out to be “other” and have been thoroughly “othered.”

Combining personal stories and public data, the piece interrogates the impacts of ShotSpotter’s surveillance infrastructure. One profile details the case of Jonathan Robinson, a Black resident in Columbus, Ohio, who was arrested by police following a ShotSpotter alert in the neighborhood where he and his family lived. The alert led to no crime-solving, though a video recording of the encounter between the Robinson and police revealed Robinson was provoked and brutalized the police. The incident affirmed community knowledge of indiscriminate police targeting that inflames tensions and creates violence. It also reverberated across the state, in light of three high-profile cases of the killing of three Black people in Ohio, two of whom were under of the age of 14. (Rest in peace to Tamir Rice, Ty’re King, and John Crawford III).

The piece also highlights that the inaccuracy of gunshot detection tech has not deterred ShotSpotter’s popularity in police departments that are becoming more militarized:

“A 2013 investigation of the effectiveness of ShotSpotter in Newark, New Jersey revealed that from 2010 to 2013, the system’s sensors alerted police 3,632 times, but only led to 17 actual arrests. According to the investigation, 75% of the gunshot alerts were false alarms”.

Shakur’s piece provides intimate details of gunshot detection technology’s function and inefficiency, provoking questions as to how to resist and reject this and other technologies in their entirety.

Read the original piece here at .coda. You can find more of Prince’s work here and can follow him on Twitter.