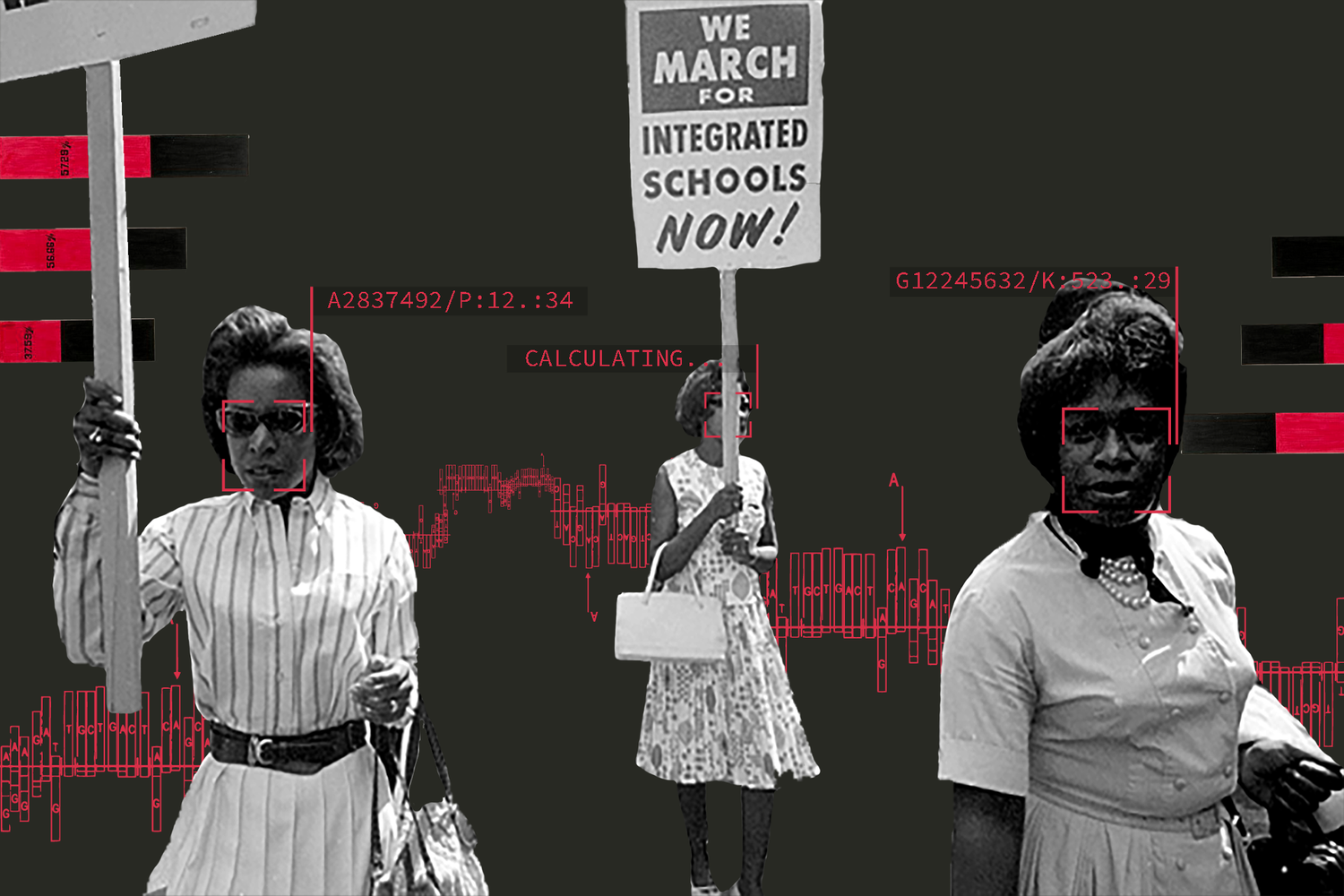 This past July, Dr. Dorothy Roberts and Dr. Ruha Benjamin participated in Policing without the police: Race, Technology, and the New Jim Code, an online talk facilitated by Haymarket Books. The two scholars spoke about their work and the current moment of racial justice uprisings, which fit into a long line of ongoing moments. Their main messages encouraged people to seek community, look hard at the systems that affect us, and subsequently move in a direction that reflects the imagined world we want to see.

This excerpt and sentiment captures the ethos of the recent talk featuring Dr. Ruha Benjamin and Dr. Dorothy Roberts in conversation with each other about historic and current forms of policing and the insidious consequences for humanity. Hosted by Haymarket Books, the two scholar-organizers unpacked contexts of oppression, surveillance, and control in technology and medicine and drew attention to the fact that policing happens outside of the confines of the institution of the police. When neglected or overlooked, they cautioned, a fully just world will remain out of reach. With insightful and timely (yet evergreen) directional guidance of abolition, Ruha and Dorothy made clear that the targeting of Black people, particularly Black women, is pervasive in the functioning of america (lowercase intentional) and that itself cannot be reformed, but only abolished in its (ugly) entirety.

The conversation started off with both scholars recalling some of their published work, which have become important contributions to the canon of race and surveillance work. Significantly, these works are written by Black women and Black people who know and have experienced the violent systems they write about with politics that disregard reform and respectability.

Dorothy’s works Killing The Black Body: Race, Reproduction And The Meaning Of Liberty (1997), Shattered Bonds: The Color Of Child Welfare (2001),  and Fatal Invention: How Science, Politics, And Big Business Re-create Race In The Twenty-first Century (2011) were borne from interests as experiences. Dorothy had a former partner who was a political prisoner, worked with Black midwives as a mother, and knew personally and professionally the racist functionings of the so-called child welfare system. Dorothy explained that in every area that she looked, around every corner of every idea, it was white supremacy pulling the strings. Noting how racism is built into predictive tools in the tech and medical industries, she said:

“One way to think about how widespread policing is and how it takes so many different forms is to think about the role of prediction in all of these different institutions and it helps you see that they’re all about policing people , they’re not about helping people, even things like the child welfare system or the healthcare system that are supposed to be benevolent and supportive are actually designed to police and punish people.”

Like Dorothy, Ruha began to look at the varying pervasive systems in our lives like medicine and technology, and continues to find that policing and targeting are at their center. Ruha’s introduction and published work, People’s Science (2013) and Race After Technology (2019) demonstrates the immense importance of questioning things that aren’t meant to be questioned. She argued that when we do not question the everyday systems in our lives, resign to deferring to a so-called expert, or believe only a credential gives one the power to challenge medical advice, we are excluded and deprived of agency. Instead, we need to recognize that valid expertise means our experience with a technology, with a system, with an institution. By doing so, our imagination becomes a terrain of struggle. All too often, as she noted, the current reality we live in reflects the work of someone else’s imagination.

Both scholars agreed it is imperative to ask what are these systems facilitating, what world is being imagined to create these outputs. Dorothy said,  “The point is to keep the status quo not to allow imagination of something more equal and humane.”

Shifting from medicine to predictive technologies and policing beyond police, Ruha and Dorothy reflected on status quo discourse that makes coercive technologies seem desirable or acceptable. Predictive risk assessments, often used by police, serve as an example. Dorothy noted that assessing “risk” has much less to do with actually gauging harm and more to do with answering the question “Does this person belong to a population the state wants to control?” Similarly, credit and credit scores rely upon measurements of engagements with systems that lock Black, indigenous, and immigrant communities out of participation in society. A credit score can be understood as a game “playing well” in a white supremacist capitalist system: only players who avoid massive amounts of debt or who have continuous employment can truly “win,” while others who are forced to take on debt in order to attend college or cope with a medical emergency, or who must take on extra caring roles when loved ones are hospitalized, incarcerated, evicted, etc. are counted as “losers.”

Both Dorothy and Ruha’s works interrogate the child welfare system as well, echoing concerns ODB and allies have showcased before. In ODB’s spotlight interview with J. Khadijah Abraham, she makes similar connections in her hometown of New York City, whether she herself has been targeted by ACS as a Black single mother. Khadijah also stretched the understanding of policing and prediction beyond its more obvious iterations, and noting hip-hop is also a place where Black people speak about algorithms, such as teachers doubting students, saying he wouldn’t amount to anything.

Working from the New Jim Code, Ruha called out technological “innovations” as tools that often reproduce processes of containment. So while technology and its developments are marketed and adopted in large scale ways as mass improvements, they frequently double down on their predictive functions, on policing, and on confining progress and wellbeing to any path that supports american hegemony. We see this kind of intervention in the work of ODB where security does not equate to safety, as explained by Tawana Petty. (ODB has also featured the work of Prince Shakur, who alludes to containment when investigating how gunshot detection technology leads to the targeting of Black communities, and as such, sustained justification to surveil Black neighborhoods).

At the root of these problems of containment, social control, and so-called expert knowledge is the fact that race, in and of itself, functions as a surveillance mechanism. Ruha and Dorothy argued that the policing of Black and Brown communities results from generations of white supremacist ideology. This ideology projects myths of criminality and inferiority onto Blackness in order to prop up whiteness. Within this ideology is a policing mechanism–policing of behaviors, of gender, of performance of gender, of performance of sexuality, of class, of aspirations, and so on. Across politics, critical media, literature, history , whiteness is understood as a void that gains meaning from creating an “other” and subsequently projecting “otherness”, often times through violence and violation. As such, with understanding of the function of the root (white supremacy and its foundational function and purpose in the US and globally) reforms do not produce new results, but new appearances of the same oppression.

Ruha and Dorothy also detailed the specifics of racism in medicine and institutionalized medical knowledge, such as how kidney and liver functions are delineated differently for Black patients based off of very little data which results in Black patients spending longer times on wait lists for transplants, and now in line for ventilators in the midst of COVID-19.

In concluding the conversation, both scholars visibilized ongoing work, including shouting out Data for Black Lives and Stop LAPD Spying Coalition, which Mariella Saba co-organizes. In this vein, both Ruha and Dorothy emphasized the need for community, that the key to this work is to know the history of this work, and find people to work with. Overall, there is power in community that is far greater than the isolating, violent, racist and classist underpinnings of paranoia.